Why do some sheep have horns and others don’t?

Last week, we asked you to share your questions about farming, food or Sacrewell with us on Facebook. Not only would we publish the best question with an answer on our website, but the winner would win a family day pass for February. February’s question came from Anna Mary Overall: 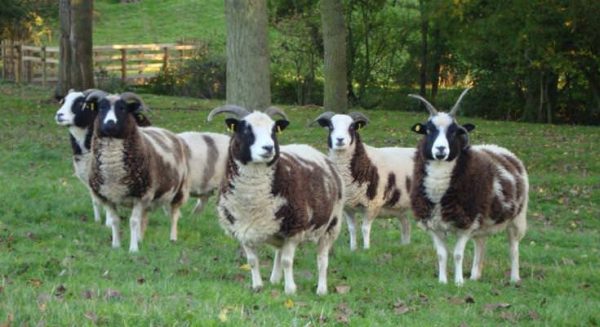 While originally all rams had horns, sheep can have horns or not, depending upon their breed, sex, and genetics.

In some sheep breeds, both sexes are horned. In other breeds, only the rams have horns. Some sheep breeds have both a horned and polled (non-horned) strain.

The male sex hormone also plays an important role in horn development, as rams usually have larger, more striking horns than ewes, especially in breeds in which only the male is horned. When neither sex is horned, the breed is said to be polled or naturally hornless. Partial or undeveloped horns are called scurs.

There are three genes that determine if a sheep has horns or not, and these get passed down from parent to offspring. A dominant gene will express itself over a recessive gene. This means that the trait represented by the dominant gene will always be expressed if it is present.

There is a 25 percent chance you’ll get horned offspring from two polled parents, if each parent has one dominant and one recessive gene for horns (Pp). A recessive trait will only be expressed if both parents pass on the recessive gene to their offspring. The offspring will now carry two recessive genes (pp).

Rare genetics allow some sheep to have multiple horns. The breed best known for having four horns is the Jacob, which we have at Sacrewell. Next time you’re visiting, count how many horns they have!