Since 1964, Sacrewell has been run as a charity by the William Scott Abbott Trust with the aim of connecting people of all ages and backgrounds to the science, heritage and practical art of agriculture and to give insight into the trail that leads from farm to fork.

The funds raised from the farm are reinvested into the upkeep, the livestock, the heritage buildings and supporting countryside learning.

We’ve chosen to share with you just three things that the William Scott Abbott Trust does at Sacrewell, and we hope this is just the beginning of our mission. Without you, we wouldn’t be able to inspire a connection with the countryside so we thank you for all of your support.

Educating the Next Generation

School visits are increasingly popular at the farm and our education team have been working with local schools to develop and extend our offer. Ravensthorpe Primary participated in our first ever Farm Camp in July 2017, spending a night under canvas on the farm and producing their own dinner from scratch. The school council from Wittering Primary School joined us for Kids in Museums Takeover Day in November, researching, rehearsing and carrying out their own ‘Dairy Tales’ tour in just one day.

Through the farm at Sacrewell, the William Scott Abbott Trust enables over 3200 school children each year to gain a deeper understanding of where their food comes from. By giving each child a love of the countryside, we hope to inspire them to conserve it for years to come.

In 2017, we ran our very first ‘Young Farmer’s Apprentice’ sessions, where children could spend half a day doing real farm chores. They got stuck into tasks like mucking out the ponies without any complaint.  This year we are running our very first ‘Lambing Experience’ where visitors can help our livestock manager birth our lambs. From baking bread to making your own cider, the William Scott Abbott Trust at Sacrewell is making very real connections between field and fork whilst celebrating our rural heritage.

Thanks to the support of the Heritage Craft Association, we now have a resident blacksmith who has set up a forge in one of our Courtyard Workshops. Dave the Blacksmith is in residence 5 days a week, offering demonstrations, workshops and taster sessions for our visitors. Nene Coppicing and Crafts, located next door to the forge, run demonstrations every other Wednesday. They offer workshops in working with willow and green wood.

We have rare breed farm animals so that our visitors can gain greater insight into how farming and wildlife co-exist in rural England, and how this has changed over the years. The Rare Breed Survival Trust (RBST) was formed in 1973 with the aim of securing the future of rare and native breeds of farm livestock. Every year they collect data from breed societies and estimate the total number of breeding females and produce a watch list of endangered livestock breeds. At Sacrewell our rare breeds include: 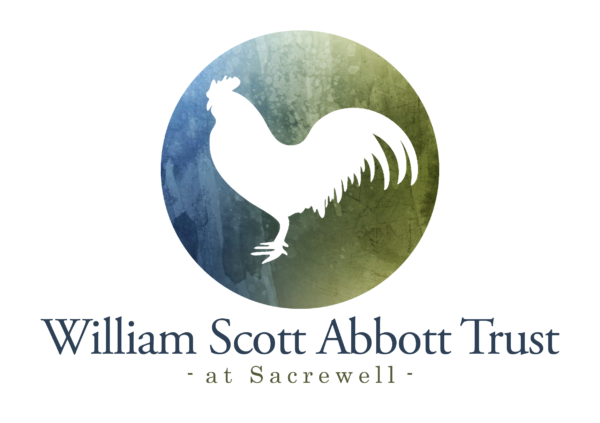 Who was William Scott Abbott?

In 1917, William Abbott took over as his father’s tenant on Sacrewell farm (the southern half of the present holding).  In 1929, William’s mother bought the Lodge Farm and he became her tenant.  The whole Estate of about 575 acres, with three substantial houses, two good cottages on the farm and eleven more in Wansford, had cost his parents £13,000.

William was born in Northampton in 1889, and was educated at Oakham obtaining a degree in Civil Engineering. Before the First World War he was engaged in railway construction in Australia.  After War Service as an ambulance driver, he came to Sacrewell in October 1917. 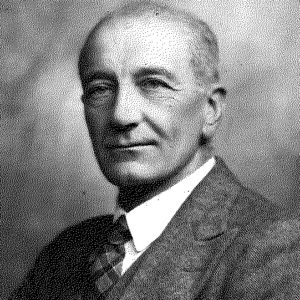 In 1923 William Abbott married Mary Powell from Kings Cliffe. Mary and Will worked very closely together in the running of the farm and managed it well. He planned the crops well in advance and was very progressive in his farming methods. He was always looking for ways in which things could be improved and was constantly watching the clock.

Mary, William’s niece remembers her Uncle William as being a very fair man. He was strict but very well respected. He had a good sense of humour and played the odd practical joke. One night she went to bed to find a sheep’s skull on her bed, which she believes to be revenge for the dead mole that her and her sister had placed in his hat band!

He was a brilliant farmer, progressive and innovative in his methods and ideas, particularly in relation to dairying and poultry keeping. An article written by him, “Our Cattle”, appears in the March 1944 edition of Agriculture – The Journal of the Ministry of Agriculture. In it, he calls for a more holistic approach to cattle farming across the country.

William died in November 1959, but on 1st January 1964, Mary Abbott, having paid off virtually all the Estate Duty, settled the entire property – lock, stock and barrel – as the William Scott Abbott Trust, in memory of her husband and the work they had undertaken together.

Since 1964, Sacrewell has been run as a charity by the WSAT with the aim of providing an agricultural education for everyone.

Since 1964, Sacrewell farm has been part of the William Scott Abbott Trust (WSAT); a charity founded to provide agricultural education for everyone.

In the early days of the WSAT, people used to come to the farm simply to watch the staff at work. They would ask questions about what they were doing and be given a detailed insight into life on a farm and food production. Sacrewell was one of the first farms in the country to host a farm open day in 1973 that would help everyone to understand agriculture and the countryside. People had become accustomed to finding food ready-prepared in a supermarket and had lost touch with its origins. In 1981 Sacrewell Farm and Country Centre opened to the public; it was a working farm and people would drop in when they liked to see what was going on.

When you visit Sacrewell today you will see the reception buildings, play barn, play park, pet yard and animal paddocks which is around 50 acres. In actual fact, the farm has a total acreage of 550 (you will be familiar with this if you are a regular on our tractor rides). It wasn’t until 2002 that the WSAT decided to stop farming and lease the land. Today, most of this land is tenanted by Riverford Organic Farmers, and some by PRGO.

Because Sacrewell was no longer a working farm, the grain store was moved elsewhere and the building was turned into an entertainment venue in 2003 for educational events. 2005 saw new offices and corporate function rooms added to the current facilities, opening Sacrewell up to a wider audience. Around 2006, the first rare breeds were introduced to Sacrewell ( Lincoln Longwool sheep, Soay sheep and Wessex saddleback pigs), and were later joined by Jacob sheep, Bagot goats and, finally, British Lop pigs in 2013. The animal village was also opened in 2006, housing small animals for visitors to pet.

2017 and today: A countryside education for everyone

The founders, William and Mary would not recognise parts of the farm as it stands today, although the educational values they promoted are still very much alive.

The Trust supports students who are achieving qualifications in land management and animal husbandry by offering opportunities to gain practical experience in these areas, and through its’ work experience placements. Our students get hands-on with our animals from day one, mucking out, feeding and learning about livestock management.

School visits are increasingly popular at the farm and link into the school curriculum, and the activities offered include lamb feeding shows, tractor rides, small animal experience, pond dipping and mill tours to name but a few. For the visitors who want a greater insight into where our food comes from, or how farming and wildlife co-exist in rural England this information is offered across the site through regular events including lamb feeding shows, real bread week and our harvest festival. The Trust is developing its rural skills offer, ranging from apple grafting workshops to hedge laying, from dry stone walling to willow coppicing.