Sacrewell Mill was awarded Project of the Year in the East of England at the region’s Royal Institute of Chartered Surveyors (RICS) awards last night.

The £1.8m restoration project, supported by the Heritage Lottery Fund, also won both the categories it was nominated for-Building Conservation and Leisure and Tourism.

The Mill Project will now be put forward for RICS’ national awards in the same categories later this year.

Project Officer Jane Harrison was delighted with the news.

“It was a tough competition. There were some fabulous projects nominated alongside us and we never dreamed we’d win Project of the Year. It’s such an honour,” she said.

Sacrewell Watermill was nominated for the awards by Cambridge architecture firm Purcell which worked with project managers The Clarkson Alliance and building firm, Messenger Construction.

In a statement on their website RICS said: “Our judges felt Sacrewell Watermill was this year’s worthy winner of the accolade as the project exemplifies the objectives of the RICS Awards.

“The regeneration of this historically important building has not just preserved the past but is part of a broader education programme which aims to teach people all about the agricultural history of the UK. There are also opportunities for people to fully submerge themselves in the atmosphere with campsites situated on the surrounding land. The conservation of an eighteenth century watermill will also be historic, but the way this project has combined conservation with education is part of what sets it apart.”

As part of the project, the back of the watermill was waterproofed, the waterwheel was repaired thanks to the expertise of Lincolnshire firm Traditional Wheelwrights, the walls were secured and the Collyweston slate roof was removed, cleaned and restored.

The mill and mill house have been interpreted throughout to reflect Victorian and Second World War working conditions, using the testimonies of people who worked at the mill during both periods found during extensive research by the team. A hydro-electric water turbine has been installed inside the stables to boost the educational value of the mill and to help cut the cost of powering it.

Everyone at Sacrewell would like to congratulate Jane, Nikki Cherry who is our Learning and Interpretation Officer and all the Watermill Project team for their incredible work. 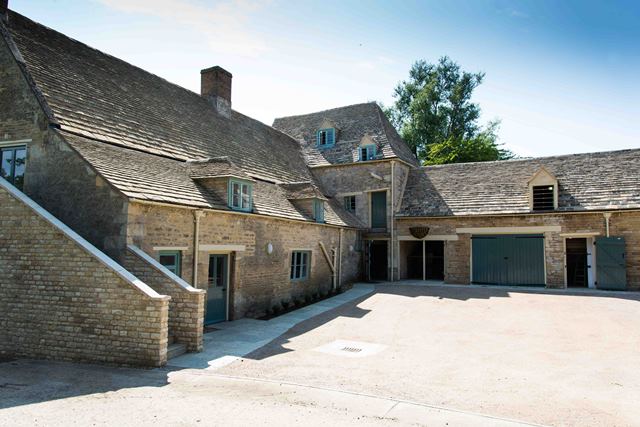