Summertime is always special at Sacrewell and the team has kick-started the season in style this week as it celebrated two occasions.

To mark the anniversary of the reopening of the watermill a year ago, made possible thanks to National Lottery players, they have been reflecting upon its first year and the reaction from visitors.

Mill project officer Jane Harrison said: “It has been wonderful. We’re still getting people coming to see it who haven’t been since it reopened and the feedback we’ve had is continuously good.

“The year has flown by and it was lovely to look back on it to see how much we have achieved.”

The £1.8m Mill Project was supported by the Heritage Lottery Fund (HLF) and the William Scott Abbott Trust which owns the site.

Jane added: “We’ve had a list of targets to complete, from innovative school visits to an oral history project and the stories that have come out of it have been fascinating. Having the community come together and embrace this project has been a highlight for all of us.”

Since last July, the mill has had a royal visit from HRH The Duke of Gloucester who officially opened the building in October, hosted a successful Harvest Festival, featured on BBC Two’s Victorian Bakers and welcomed more than 100,000 visitors.

In the autumn the team will attend the national Royal Institute of Chartered Surveyors (RICS) awards in London as the mill is nominated for Building Conservation and Leisure and Tourism awards, having won the regional heat in May.

Robyn Llewellyn, Head of HLF East of England, said: “We are delighted to have been able to support this excellent project, thanks to National Lottery players. Sacrewell Mill is a wonderful heritage site which offers a great opportunity for people to explore how people worked from the Victorian period to the end of the Second World War, and we wish the team the best of luck in the upcoming RICS awards.”

This week Sacrewell has also announced the birth of seven rare-breed British Lop piglets to first time mum, Maggie. Maggie is on loan to the centre from the Goosetree Herd in Coates, Cambridgeshire, and is settling in well to her new role.

The piglets are currently in the cattle yard and will be put out in the renovated pig paddocks later this summer. 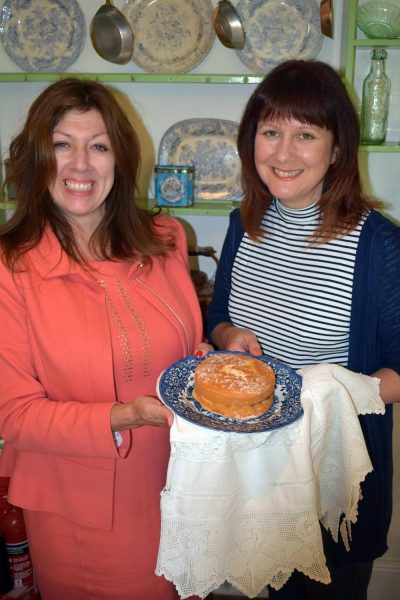