When nine year old Joseph Hardy asked his mum what happens to all the coins in the mill stream at Sacrewell farm, she didn’t dismiss his question. “Let’s find out!” she said, and asked the next member of staff she came across, who happened to be Jill Judd.

Jill explained that the coins (which many visitors throw in whilst making wishes) become donations to the William Scott Abbott Trust, the charity which owns and looks after Sacrewell and is dedicated to connecting people with food, farming and the country way of life. When she mentioned to Joseph that the staff have to climb in the stream to fish the coins out, he was very keen to help out. 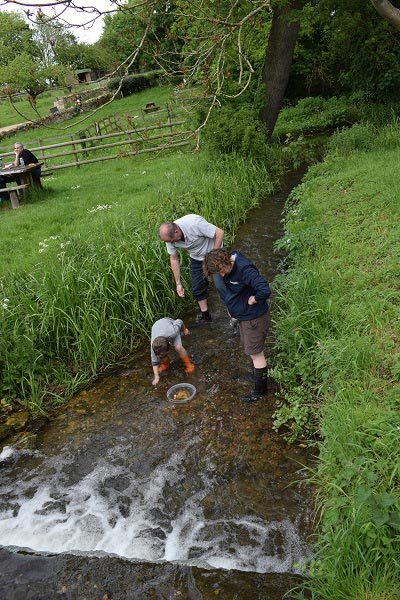 So, after a few emails and risk assessments, Joseph and his mum Karen arrived at the farm on Sunday 21st May, armed with wellies and a spare change of clothes. They spent an hour in the mill stream, along with Jill, Dave and John from the Sacrewell team and collected as many coins as they could. Joseph was amazed how many foreign coins they came across (he later counted that there were 26) and the most interesting find was that the new £1 coins that were found had become severely discoloured after just a short time in the water. 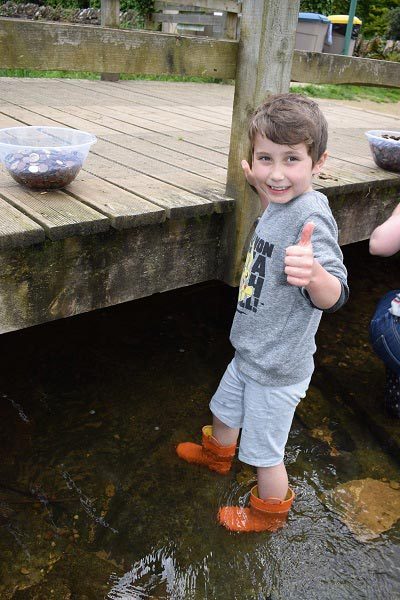 After changing their wet socks, Jill took Joseph, his mum and his younger brother Isaac to see the new calves that have recently been purchased by Sacrewell. Karen was surprised to hear that the two Friesian calves (Harry and Ron) had cost £40 each and the Aberdeen Angus cross (Neville) cost £180. The team wondered if they’d collected enough coins to cover the cost of a cow.

With the heavy bowls tucked under their arms, Joseph, Isaac, Karen and Jill headed indoors for the long task of counting. Isaac proved to be particularly good at spotting the 20 pence pieces whilst Joseph preferred the higher value coins. In the end, the total came to £177.64, enough for four Friesians or nearly enough to pay for Neville.

Karen said “It’s been great for Joseph to find out the answer to his question. We’d love to come and help again but don’t mind if someone else would like to have a go”.

If you’d like to donate some time or some money to the William Scott Abbott Trust, you can get in touch with Sacrewell by emailing info@sacrewell.org.uk. We’re always looking for new volunteers and are happy to have your help even if it’s only for a few hours. If you’re able to make a more regular commitment, take a look at our more detailed volunteer role profiles. 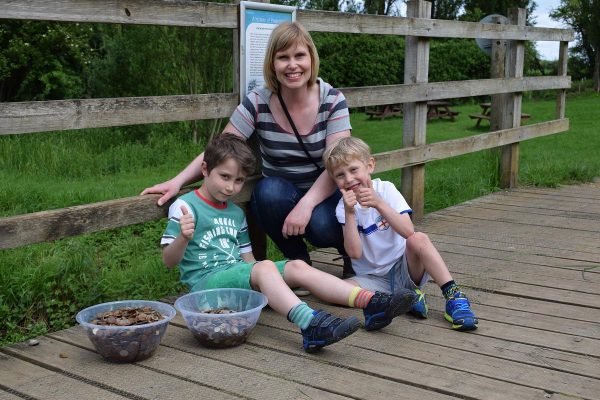