The Hutton Barn is officially open

On Thursday 8th of June, Sacrewell officially opened ‘The Hutton Barn’. Previously referred to as ‘The Timeline Barn’, the new name is in honour of the William Scott Abbot Trusts’ former Chairman of Trustees, Paul Hutton OBE.

Paul has been a trustee for the William Scott Abbott Trust since 1997, and has worked tirelessly over the years with countless hours expended. He was essential in the restoration project of the 18th C Grade II* watermill. As well as being a valued member of our trustee board, Paul was a Chair at Nene Park Trust and a Governor of Oundle School. Following a successful career as a Chartered Surveyor with Smiths Gore, Paul was awarded OBE for services to the community of East of England in 2005. When he isn’t working with local community, Paul and his wife Marion enjoy their property in France and spend as much time there as they can.

Thursday’s opening ceremony attendees included the mayor and mayoress of Stamford, staff, volunteers and the current trustees of the William Scott Abbott Trust. 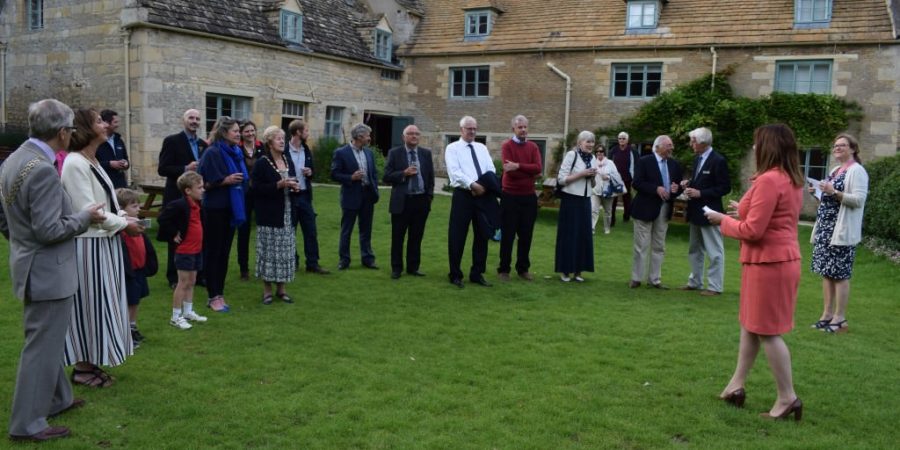 I have always had in mind the creation of a sound, practical, enterprise; preserving what is best in our country way of life, and based on sound, practical farming, as all country life must be

A century ago, William Scott Abbott first came to farm the land we now know as Sacrewell. He saw, first-hand, how important it was to share knowledge and innovation. Today, we are honoured to carry on that vision at Sacrewell, through our commitment to connecting people to agriculture, the countryside and land heritage, and we think it has a new urgency in today’s world.

“Most of us spend hours in front of a screen every day, but only a few minutes outdoors. Most farmers’ faces are anonymous to us, and the connection between field and fork is fading. The William Scott Abbott Trust at Sacrewell is working hard to re-connect people of all ages to the landscape. We want our programmes to inspire farm and nature based education.” Explains General  Manager Debbie Queen.

“2017 has seen the start of new and innovative programmes such as Sacrewell Seedlings and Farm Camp, but those are just the beginning for us. We are developing a bold strategy to help people get outside and re-connect.”

The Hutton Barn has now been furnished with a wood burning stove and some beautiful tables and benches, with grant money from The Mick George Community Fund. The barn will make a brilliant learning space for schools and groups to connect with the countryside for many years to come. 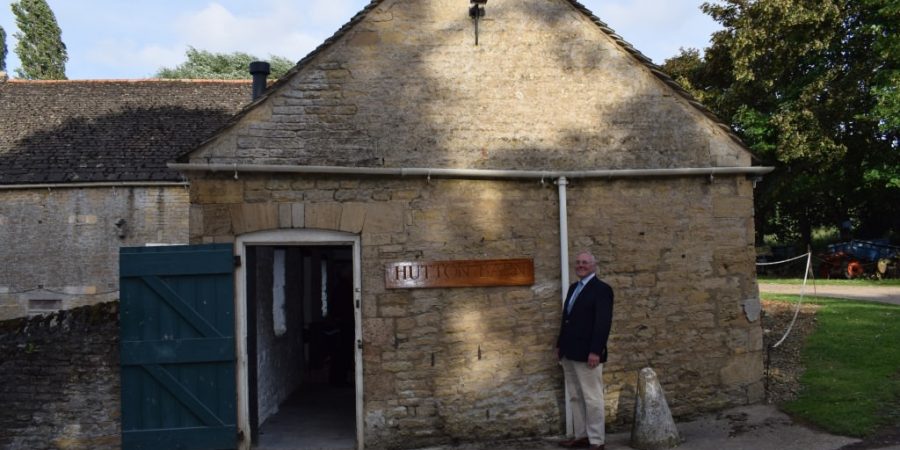 Paul Hutton, OBE next to ‘The Hutton Barn’ 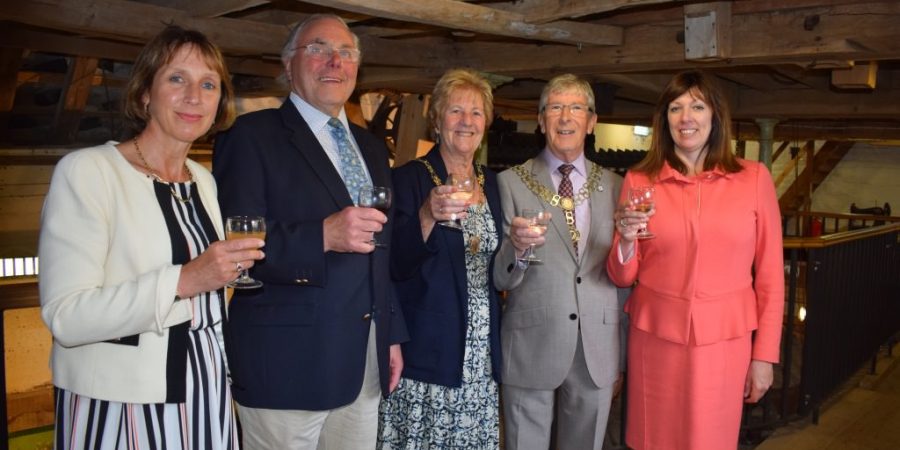