If you watched the first episode of Victorian Bakers on BBC Two in January 2016, you may have noted the beautiful building and bakery featured in the show.

It was none other than the Old Bakery at Sacrewell Mill which is open to the public every day.

Wall to Wall Productions filmed at Sacrewell in summer 2015, just as the £1.8m Mill Project was coming to an end. It was perfect timing for them to turn our Mill and Bakery into a traditional Victorian cottage, where the bakers were tasked with making bread using much more challenging methods.

The Grainstore Brewery in nearby Oakham provided brewers’ yeast and traditionally brewed real ale for the harvest festival which was a culmination of three days hard graft.

After baking at Sacrewell in idyllic country surroundings, the bakers went to the Black Country Living Museum where conditions were hard and the bread even harder. They finished their Victorian Bakers experience by baking delicacies at Dunns Bakery in London.  The dramatic differences in the attitude to baking throughout the Victorian period was summed by up participant John Swift who tweeted: “@Sacrewell we have love @BCLivingMuseum we have respect @dunnsbakery we have hope #VictorianBakers”

The complete series is available on DVD now. 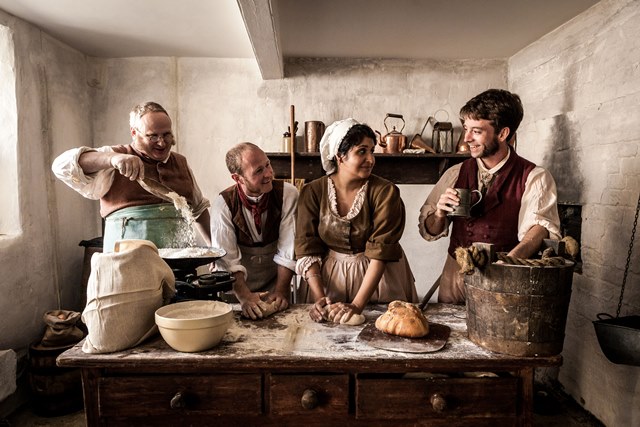