Why do we drink milk and make cheese with milk that comes from cows, sheep and goats but not pigs?

Each week, we ask you to share your questions about farming, food or Sacrewell with us on Facebook. The person who writes the best question wins a free tractor ride for a child and accompanying adult, as well as having their question answered on our website. This question came from Elowen, Emily Doidge’s daughter. 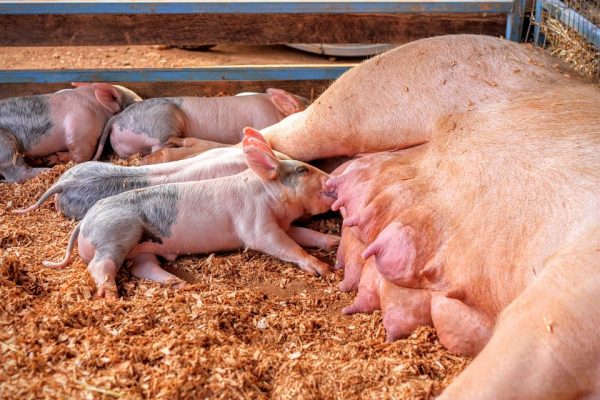 It’s difficult to milk a pig!

Cows, sheep and goats have udders, and can be milked by hand into a bucket. In comparison, pigs have up to 14 small teats, where they eject the milk for only fifteen seconds at a time (the ejection time of a cow is well over ten minutes). Getting even such a small amount of milk requires enormous dexterity, skill and speed. “When sows are lactating, they get very aggressive. They’re not docile like cows. They’re smart, skittish, suspicious, and paranoid.” Edward Lee, the chef and owner of 610 Magnolia, has been experimenting with making cheese from pig milk. He managed to get a few jars of pig milk by creeping up on the sows whilst they were sleeping, frantically pinched at their tiny nipples, then ran away when they woke up. There isn’t a pig milking machine because the demand to make one isn’t there, and because milking a sow by hand is incredibly difficult it’s not very popular. 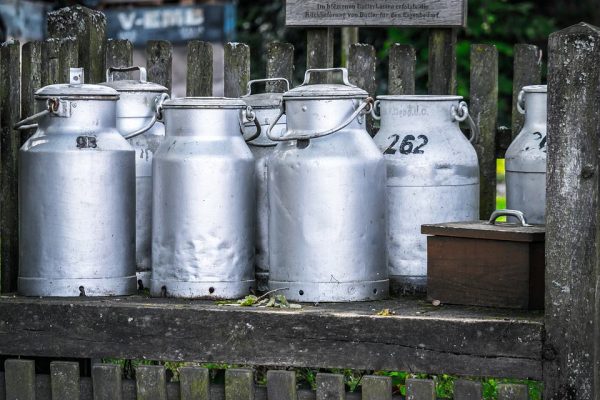 Sows produce on average only 6 litres of milk a day, whereas a dairy cow can produce anything from 20 – 45 litres a day depending on the breed. Given the amount of milk that would be needed to make money on some pig cheese compared to the amount of care and cost associated with raising and maintaining a sow for milk (which does not produce a great deal of milk anyway), it isn’t very economical. A family-run farm in the Netherlands has produced the world’s first cheese made from pig milk and it sold for £1500 a kilo, although due to the huge numbers of man-hours required they said that it was probably a one-time thing.

Pig milk, at eight and a half percent butterfat, is exceptionally rich and the proportions of components like water and lactose are like those of cow milk. Lee managed to make some ricotta from the pig’s milk which he said was ‘delicious’, and in Italy there’s a pig’s cheese called Porcorino. The farm in the Netherlands described the pig cheese as “chalky and a little bit salty” and compared to other cheeses “saltier and creamier, yet grainier”. 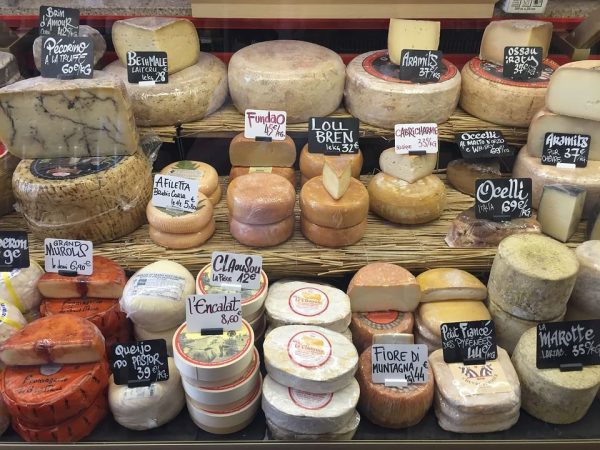 For now, it doesn’t look like pig’s milk or pigs cheese is on the table in the UK. In other cultures, dairy products come from a range of animals including camels, water buffalo, horses and yaks. In the West, goats, sheep and cows have been domesticated between 10,000 B.C. and 8000 B.C. and all three have since been bred to improve temperament and output. We really liked Benjamin Phelan’s article which explains why these three animals in particular were so popular in the dairy industry, and goes into much more detail about dairy animals from other cultures.

Would you pay £1,500 for a kilogram of cheese made from PIG milk? Dutch farm becomes the first in the world to sell the bizarre product

Why is there cow cheese but no pig cheese?

To Milk a Pig: One Chef’s Obsession