The land surrounding Sacrewell has made headline news today, as the Government announced £1.5bn to improve roads in the East of England.

Secretary of State for education, the Rt Hon Nicky Morgan, Stewart Jackson, MP for Peterborough (left) and Shailesh Vara, MP for north west Cambridgeshire (right), came to the farm this morning to discuss the work needed to improve the junction of the A1/A47. 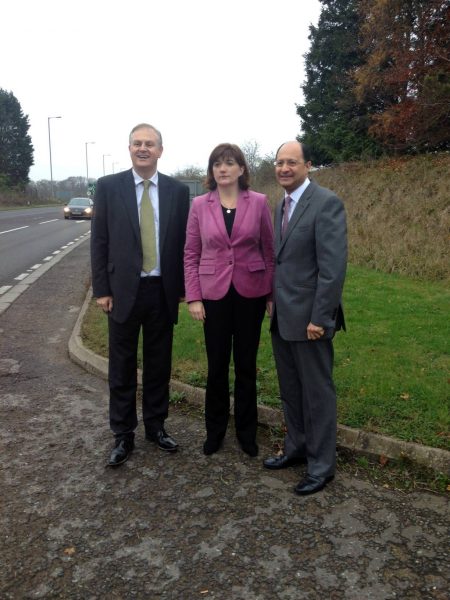 They were joined by city councillors from Peterborough and members of the press as they filmed near the centre and discussed improvement work to the A47 past Sacrewell, which will double the size of the road.

Sacrewell’s general manager Mike Rooney has welcomed the work, reinstating his concerns about the safety of the A47 and praising the positive effect it will have on businesses in the area.

He said: “Widening the A47 either side of Peterborough will make the city much more accessible, which is vital to heritage sites like ours who rely on visitor numbers.”

The work to the A1/A47 junction is set to start in January.