A survey has been carried out on the farm to assess changes in wildlife in the area over the last forty years.

As the BBC’s annual Springwatch gets off the ground, the team from Sacrewell and Riverford, the organic farmers, are celebrating an increase in the number of plants, birds and butterflies found on the 550-acre farm, including a couple of new additions.

The findings come after a new wildlife survey, commissioned by farm owners The William Scott Abbott Trust, was carried out and analysis done to compare the results to previous surveys in 1974, 1984, and 1994. Despite variations in methodology, the results are encouraging and demonstrate that the ecological wellbeing of the land has been maintained and improved.

Among the findings in the butterfly survey was the Brown Argus, which has never been spotted at Sacrewell before and the Small Heath, which has priority conservation status as its numbers have declined severely in the long-term.

The bird survey revealed species like Lapwing and Skylark are flourishing at Sacrewell despite declining levels nationally. Reed buntings and Yellowhammers that are also on the RSPB conservation concern list have been spotted at Sacrewell for the first time.

A survey of plant life on the farm showed that Sacrewell supports a rich variety of species that has increased and become more widespread across the farm. There has been a big increase in locally significant species as well as plants like Night-flowering Catchfly (silene noctiflora) and Wild Pansy (viola tricolor) that have suffered widespread decline elsewhere in the UK.

The Trust is an agricultural education charity founded in 1964. It started working with Riverford almost a decade ago, when they took over the tenancy of the farm land.

Chairman Paul Hutton OBE says the latest set of results has given a new insight into life on the farm. “The fact we can see a wider spread of flowers and plants, which are encouraging new species of butterfly and supporting farmland birds is a credit to the hard work and dedication of the Trust and Riverford,” he added.

“As a charity, it enables us to educate visitors to the farm and activity centre at Sacrewell on the importance of wildlife on a farm.”

James Negus who helps to run Riverford’s organic farm at Sacrewell is delighted with the results, he said: “We took over farming the land here in 2007 with our first crops two years later. As organic farmers we work with nature to develop healthy, fertile soil avoiding the use of chemical fertilisers and pesticides that can be harmful to wildlife.

“Our customers seem to enjoy the results and we now deliver more than 7,000 veg boxes a week in the area. We’ll continue to enhance the land for wildlife with more hedgerows, provide wet grassland areas for birds, and maintain a range for habitats for mammals and insects.”

Farm walks are being held at 5pm on the last Wednesday of each month May-September so people can see the wildlife first hand. To book your place visit www.riverford.co.uk/pet/walks-sacrewell 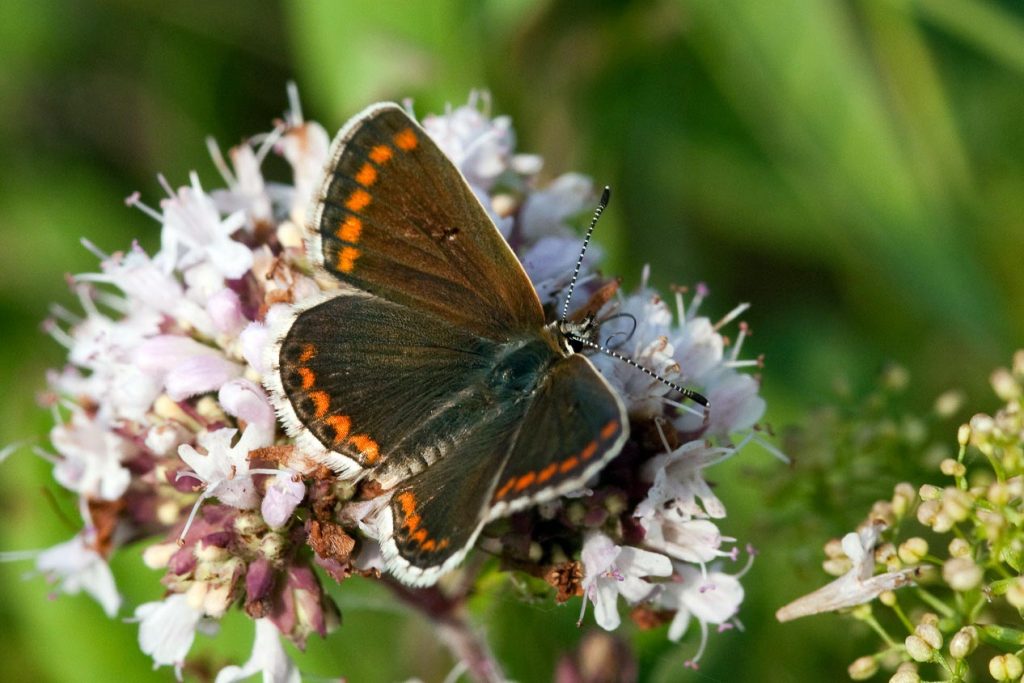