We’re learning a lot about construction during the works to the watermill, including some of the jargon that goes alongside it.

Not least, that we have “lively” walls in the mill, which in conservation terms means they’re moving.

As this photo demonstrates, one of the walls in the Old Bakery isn’t even attached to its neighbouring wall as it should be. 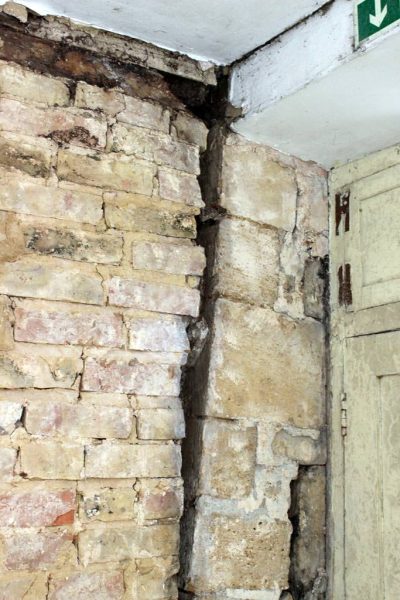 After consulting the structural engineer, it looks like we’re going to have to take the wall down, brick by brick, and rebuild it as it should have been.

It’s not the first wall we’ve come across that’s been described as “lively” during the project, which is nearing the halfway point.

Visitors to the site will have noticed lots of work going on above their heads, as Messenger Construction focus on lead repairs, slate repairs and painting the dormer windows on the mill house.

They will soon be covering the entire roof to allow for work to continue along the back of the building.