The pig pens at Sacrewell have reopened after a £6,500 refurbishment and the new residents are a rare sight.

We’ve not been any pigs on site over the winter while the work was carried out. New, fenced-off hardstanding areas have been put in to improve animal welfare.

Site Operations Manager Richard Hadfield explains: “The paddocks get really muddy and wet during heavy rainfall which damages the pigs’ trotters so we’ve not had pigs in winter before.

“It gives us a good year round facility where we can contain pigs during the winter and also put piglets once they are ready to go outside.”

The arks that the pigs shelter in have also been moved so that visitors can get a better view of the residents.

British Lop pigs are registered as vulnerable by the Rare Breed Survival Trust (RBST), meaning there are only 200-300 registered breeding females.

Their neighbours, the British Landrace on the other had are listed as endangered, with fewer than 200 registered breeding females in the UK.

Richard added: “All our pigs are on loan from the Goosetree Herd in Coates, Cambridgeshire and we have a great relationship with them. We should now have rare breed pigs on site all year round, supporting their work in keeping our British breeds from dying out.”

Other registered rare breed animals that you can see when you visit us include Lincoln Longwool sheep, Shire horses and also on the endangered list, Bagot goats.

You can also meet their twin British Toggenburg goat kids and Cade lambs in the Stone Barn.

Sacrewell is open from 9.30am to 5pm and under twos can visit for free. 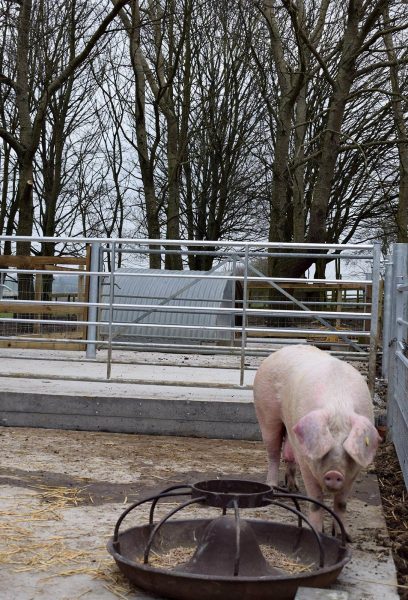