How old is Sacrewell Farm?

Each week, we ask you to share your questions about farming, food or Sacrewell with us on Facebook. The person who writes the best question wins a free tractor ride for a child and accompanying adult, as well as having their question answered on our website. This question came from Sarah-Jayne Muller’s little boys. 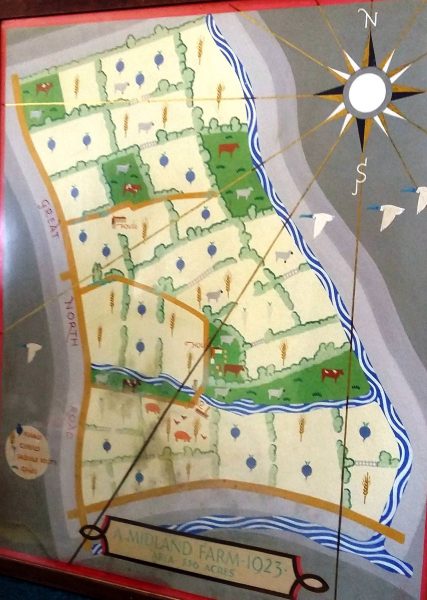 However, the land at Sacrewell has been used by people for a very long time. Archeological studies of the 550 acre site have found evidence of people living and working here in the Bronze Age, which was around four thousand years ago. During the Bronze Age, some people would have been farmers who kept cows, pigs and sheep and grew crops like wheat and barley. They had also learned to use horses for transport. We don’t know for sure that this is what the land was used for at Sacrewell, but it is possible that there has been farming on the site for around four thousand years.

So this week’s question has more than one answer; it’s been one hundred years since William Scott Abbott first came to farm at Sacrewell, but there may have been people farming at Sacrewell for four thousand years.