Unfortunately today, we are the bearers of very sad news. Apple, the eleven year old Suffolk Punch horse on loan to us from Gateridge Suffolks, was suddenly taken ill and passed away on Tuesday. 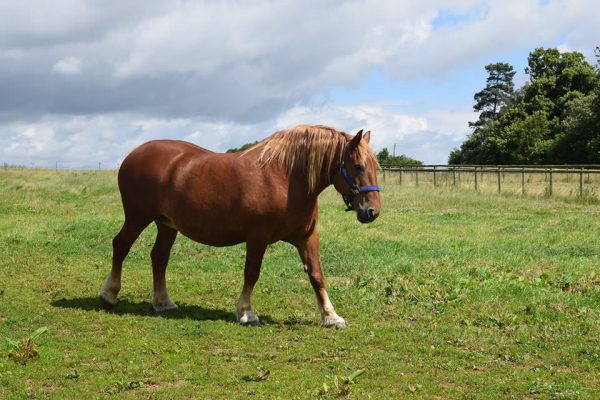 Apple, or Gateridge Appleblossom, was the very first Suffolk Punch foal that had been bred by owners Mr and Mrs Thompson, of Gateridge Farm, Northamptonshire. Her legacy lives on as she was mother to one breeding mare and two geldings who are being harness trained.

Suffolk Punch horses were bred in the East of England as working horses. They worked the land for years but went out of favour when tractors replaced most of the manual and horse-powered labour. Their numbers declined so rapidly after the Second World War that in 1966, only nine foals were registered in the UK. They’re currently classed as ‘critical’ by the Rare Breed Survival Trust, meaning there are fewer than 300 horses left and numbers are declining.

Sacrewell Farm would like to thank Mr and Mrs Thompson for the loan of Apple, she was a firm favourite with visitors and staff alike and she will be sorely missed. 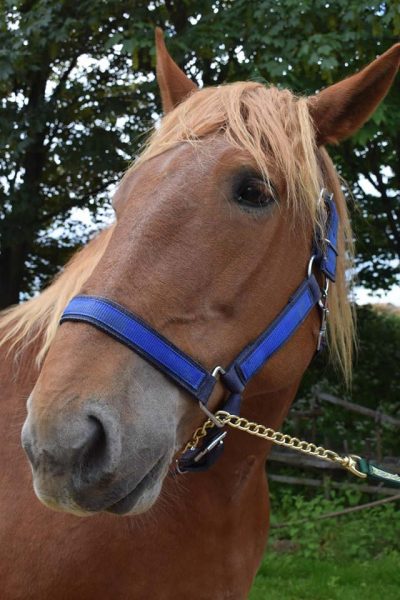