Can you help us name our Boer goats?

Goats have inspired storytellers and bards for years, from the folk tale of the Billy Goats Gruff through to Walt Disney.

Now Sacrewell is offering you the opportunity to use your imagination and name its three female Boer goats which arrived at the farm this week.

We’re hosting the annual Cambs Goatkeepers Male and Youngstock Show on 6 August and visitors between now and then will have the opportunity to put their chosen names in the virtual hat via our social media sites.

So, before you trot off and start racking your brains for names, here’s a bit of information about the goats that might spur you on.

The Boer breed was developed in South Africa and its name comes from the Afrikaans word “boer” meaning farmer.

The term “buck” or “billy” refers to male animals and females are called “does” or “nanny goats”.

Goats originally come from Asia and Eastern Europe where they were domesticated for milk and meat. Goats milk and cheese is now produced worldwide but goat meat is yet to make the everyday menu in many Western countries, unless it’s used in traditional dishes.

So, now you have the facts, head over to our Facebook page to bleat about it.

If you’d like to know more about Boer goats and even find a few recipes, visit the British Boar Goat Society website or if you’re inspired to buy goat products take a look at Cabrito. 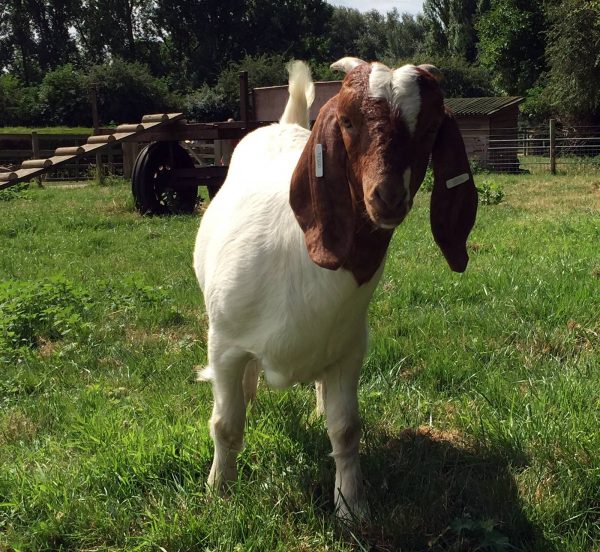